The farm was built in 1795-1799. It has later had several buildings added. The farm has in later years been split into smaller pieces. It was originally a very big farm, it had its own bakery and a servants’ quarters, but has been reduced to 107 HA including an old tenant’s cottage, 4 barns and several smaller buildings that were used for pigs and chickens.

The farm also produces BIO maize, cereal and hay, most of this is used for feeding the animals.

The house and nearby surrounding buildings are enclosed within a thick and high stone wall that hides the details of this fascinating building.

Today the farm is producing 60 to 65 or more BIO Limousin calves per annum. Most of this is sold to France and Spain for meat. For more information about Limousin cattle :
https://en.wikipedia.org/wiki/Limousin_cattle.

The farm house is approx 570 m2, it has 6 bedrooms and 2,5 bathrooms, a dining room, 3 living rooms, kitchen and a library. 3 of the bedrooms are for guests. 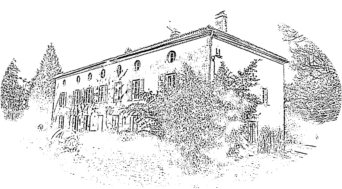 Restoration of the buildings is a work in progress. Priority having been given to the running of the working farm there remains much to be done. The farmhouse itself has been partially renovated and whilst livable has many rooms to be decorated and renovated. The nearby surrounding buildings range from occupied housing (now separated from the estate itself) to a piggery. Some hints of former glory and what it will become are evident in the newly dug pond as well as the large fountain basin.

Aside from the cattle, Ingrijd’s trusty steed lives here though too old to be ridden he still enjoys the company of friend’s horses. Limousin wildlie abounds. From the Limousin “mascot” of the fire salamander to the lizards and grasshoppers that abound.

Its hard not to love the calves and their characterful mothers. Not to mention the big bulky bulls who preside over their harem. 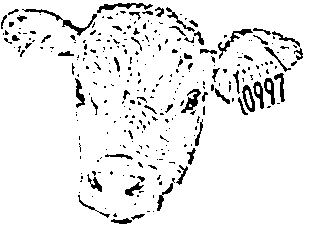 Well its a farm, what else does a farm need but tractors and the machinery that goes with them.

Every stage of the process is carefully managed. From the breeding and husbandry to the the plate. The process is carefully controlled, the abbatoir and the butchery is all monitored for the perfect product. The meat is properly process to arrive at its Norwegian destination (or elsewhere) in perfect condition. Advance ordering allows for only the freshest of meat to be packaged and delivered to your door.

I said every stage didn’t I? We even supply recipes especially suited to the gourmet characteristics of Limousin beef. Previous
Next
Buy Beef
We use cookies on our website to give you the most relevant experience by remembering your preferences and repeat visits. By clicking “Accept”, you consent to the use of ALL the cookies.
Cookie settingsACCEPT
Manage consent

This website uses cookies to improve your experience while you navigate through the website. Out of these, the cookies that are categorized as necessary are stored on your browser as they are essential for the working of basic functionalities of the website. We also use third-party cookies that help us analyze and understand how you use this website. These cookies will be stored in your browser only with your consent. You also have the option to opt-out of these cookies. But opting out of some of these cookies may affect your browsing experience.
Necessary Always Enabled
Necessary cookies are absolutely essential for the website to function properly. These cookies ensure basic functionalities and security features of the website, anonymously.
Functional
Functional cookies help to perform certain functionalities like sharing the content of the website on social media platforms, collect feedbacks, and other third-party features.
Performance
Performance cookies are used to understand and analyze the key performance indexes of the website which helps in delivering a better user experience for the visitors.
Analytics
Analytical cookies are used to understand how visitors interact with the website. These cookies help provide information on metrics the number of visitors, bounce rate, traffic source, etc.
Advertisement
Advertisement cookies are used to provide visitors with relevant ads and marketing campaigns. These cookies track visitors across websites and collect information to provide customized ads.
Others
Other uncategorized cookies are those that are being analyzed and have not been classified into a category as yet.
SAVE & ACCEPT